Many organisations would like to build a feedback culture, believing it to be a key element in engaging employees and enhancing performance. There is no doubt that more open communications improve working relationships, as well as employees’ commitment to their colleagues and employer.

So what does a feedback culture look like, and how do you build it?

In an organisation with a feedback culture, people ask their colleagues for feedback. When they get feedback, they respond positively to that feedback, even if it’s not as good as they expected.

In this type of organisation:

So how can you start to build a culture of feedback in your organisation?

Like any habit, it takes a while to develop. So as a start, put in place regular feedback interactions, like:

It’s a good idea to track the feedback sessions for frequency, and importantly, for quality. You can do this by checking both frequency of meetings, and quality of the meetings. This can be done through quick pulse surveys and short interviews.

Give people the skills for a feedback culture

To get good at feedback takes some skills building. If you really want to embed a feedback culture, it helps to provide training for all employees, but especially team leaders, on: 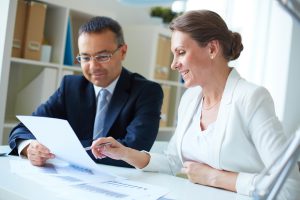 “It seems intuitive that employees who are comfortable giving and receiving feedback are more likely to be happy in their work and therefore be more productive.”**